The Antiracist Initiative of Thessaloniki was established in 1998 as an open coordination space of movements for the social and political collectives of Thessaloniki fighting against the cruelty of racism. We’ve been fighting for 19 years now through demonstrations, protests, events and the «Antiracism Festival» for legalisation and social equality for migrants, open borders and asylum provision for refugees as well as for the organisation of solidarity and material support towards all oppressed and excluded social groups. We operate on the basis of a weekly open assembly (every Wednesday at 9pm) and we are based in Social Centre – Immigrants’ Place. 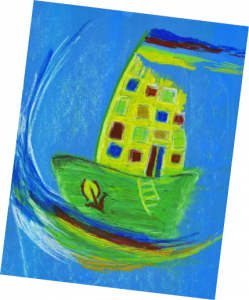 The Social Centre – Μigrants’ Place (Steki) was established in 2004 by Antiracist Initiative and since 2009 has its premises in the historic building of Ermou 23, in the city centre of Thessaloniki. Except from Antiracist Initiative, in its 3 floors, Steki hosts nowadays more than 20 political movements, labour, social and immigrants’ collectives, assemblies and initiatives, as well as theatrical and cultural groups. Several activities and collectives of material solidarity have been developed in Steki, like «Ektos Taxis» education group that provides free courses in natives and immigrants, Solidarity Kitchen that provides every weekend meals and company to hundreds of people, Room39 that collects and distributes NFIs and food in refugees and homeless, the Legal Team for the Protection of Refugees’ and Immigrants’ Rights and many other temporary or permanent projects.

Continue reading: What was the Refugee Shelter of Thessaloniki?